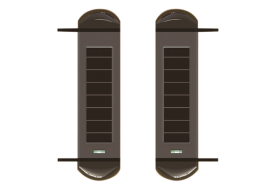 The solar beams have three infra-red beams that must all be broken at the same time to activate the House Alert or Strobe/Siren. The Solar Beams are suitable for many applications to detect entry, they can be installed on windows, walls, around swimming pools and a gate entrances. Mount the beams at least 1m off the ground to detect a vehicle and this will also prevent false alarms by allowing dogs, sheep and other animals to go under the beams. The beams use the sun's UV rays to supply the power and continuously recharge the batteries. 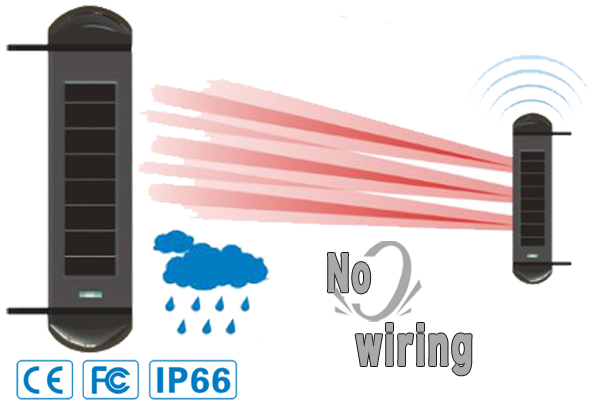 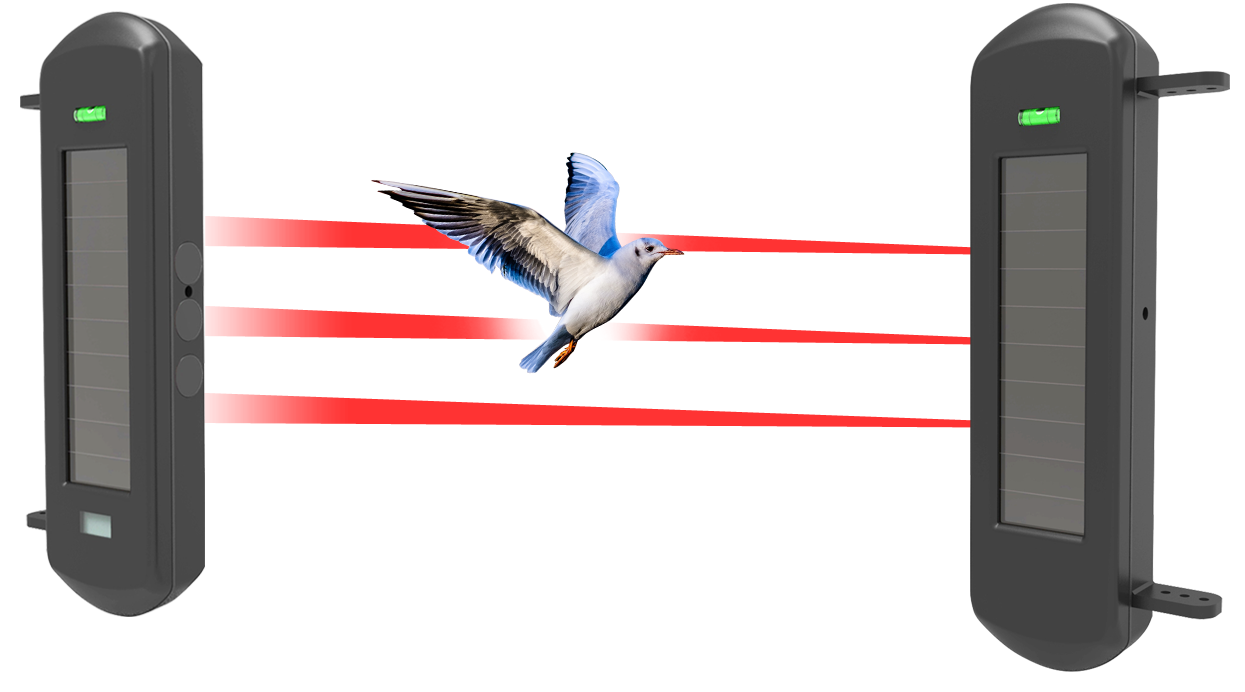 THE SOLAR BEAMS CANNOT WORK ON THERE OWN THEY MUST HAVE AN ALERT. THE BEAMS ARE SOLD SEPARATELY TO ADD TO AN EXISTING DRIVEWAY ALERT SYSTEM.

1. Before installation remove the plastic film of the solar panels.
2. Lay the Solar Panels out in the sun before installation for a few hours DO Not Press Any Buttons.
3. The Solar Beams Have Been Tested & Programmed to the house Alert or Outdoor Siren/Strobe.
4. NO PROGRAMMING is Required Just Installation.

DO NOT test Beams or use Beams indoors.
DO NOT test Beams in short periods of time as this could impend the battery life and cause the beams to malfunction.
With correct installation the beams can trigger an alert/alarm approx. 50 times within a 24 hour period.