Driveway Alarm Long Distance Alerting That Someone is Approaching and Entering Your Property.

The installation is simple and easy, mount the Solar Beams, turn them on, and plug in the Owl Indoor chime. No programming required. 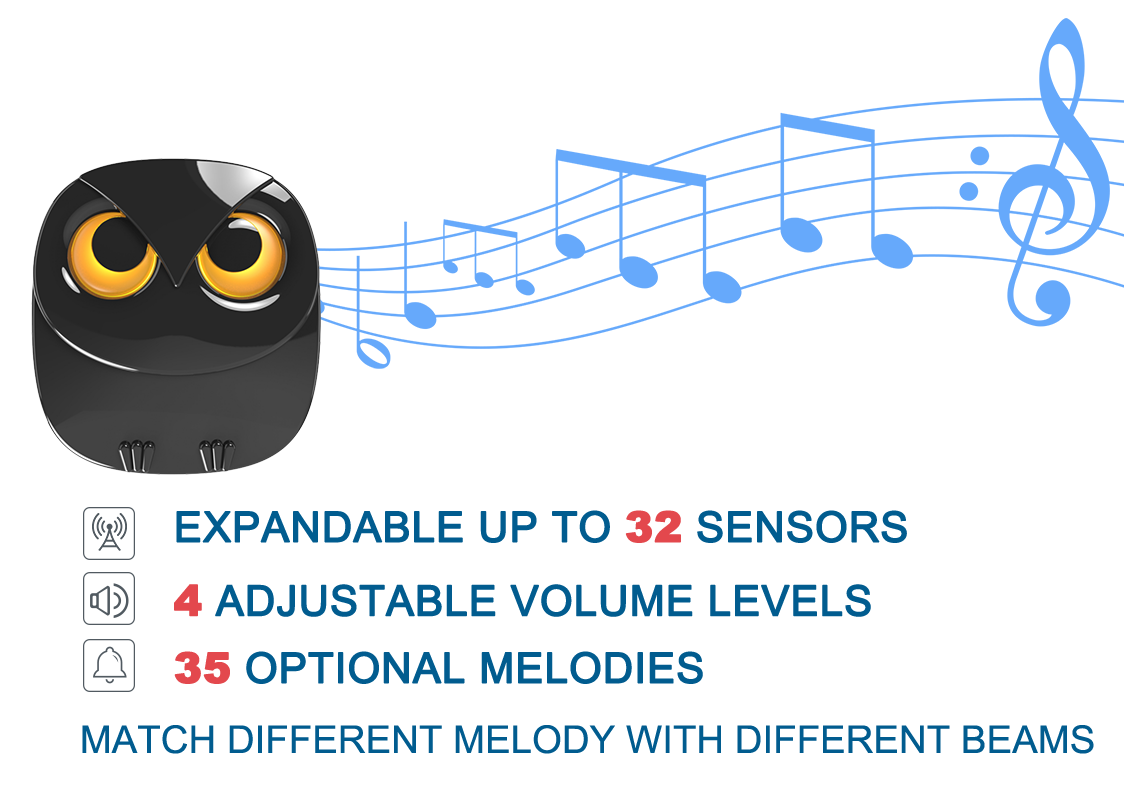 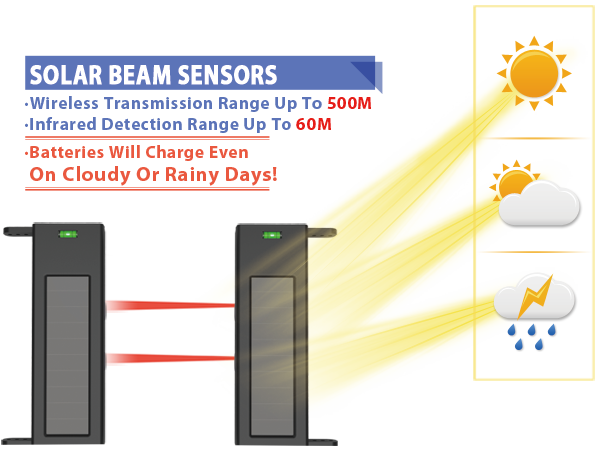 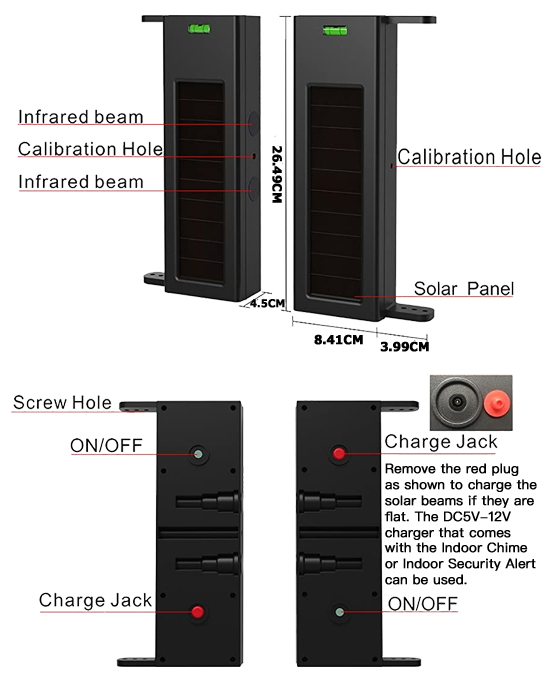 TURNING ON THE SOLAR BEAMS

1. Press the white button once on the rear of each Solar Beam.

4. Install the Solar Beams and ensure that the infra-red beams on the solar beams are lined up.